Get on the ball to help cancer charity

A cancer charity saving and supporting the lives of young men is being backed by Norwich Inns as their cause for the year.

It’s On The Ball is a Norwich-based charity raising awareness of the symptoms and treatment of testicular cancer and offering support to patients and families.

Since it was launched in 2013 the charity has helped dozens of people through their treatment, through linking up with “buddies” with similar experiences, providing support packs, and financial assistance.

Now Norwich Inns members, and their customers, are helping boost fundraising and awareness of the cancer and charity.

Norwich Inns members chose the cause after it was suggested by Peter Johns from Eaton Golf Club, who had a double reason to support a cause close to his heard.

Charity trustee Gareth Ducker, who was diagnosed with testicular cancer after finding a lump the night before his 31st birthday – but recovered after surgery and chemotherapy – is a good friend of Mr Johns’ son Neil.

And the golf club manager had his own brush with cancer last year resulting in having his prostate removed.

“I realise I am one of the lucky ones, as the cancer was discovered early and action taken quickly. Having been through the trauma of hearing that I had cancer I wanted to support a cancer charity,” said Mr Johns.

Knowing of Gareth’s story he – and Mike Lorenz from the Whalebone pub – nominated It’s On the Ball, which was backed by Norwich Inns members.

Eaton Golf club will be holding fund raising schemes to support the cause, and sells Tobi’s Tipple, a special ale brewed by Norwich Inns members Norfolk Brewhouse to raise awareness of the charity to young men enjoying a pint.

It’s On The Ball chairman Vince Wolverson said: “On behalf of all the It’s On The Ball trustees and members, I’d like to say how delighted we are to be nominated, and accepted as the Norwich Inns charity for the coming year.

“We look forward to the opportunity the partnership will provide to help raise awareness of testicular cancer throughout the county, and taking part in the many fundraising events run by the various Norwich Inns venues.

“Hopefully we will get around to visiting each venue throughout the year so we can thank you in person for your support.”

How the charity helps

Testicular cancer is the most common form of cancer in young men. If detected early enough, treatment is successful in over 98pc of cases.
The It’s On The Ball charity was formed in 2013 in Norwich to tackle testicular cancer where – which has a 98pc cure rate, helped by early diagnosis.
It was the brainchild of Norfolk and Norwich University Hospital consultant Susanna Alexander, working with specialist nurse Lisa Holland.

The aim is to raise the awareness for young men to check themselves, and to provide support for patients and their families, including a chance to chat to men who have been through diagnosis and treatment.

It is hoping to expand into Suffolk and Cambridgeshire.

The charity’s key message is for men to check themselves regularly for signs of the disease and to seek medical advice if they have any concerns.

The charity also provides support packs for patients when they start treatment, and offers a “buddy system” to chat with people who have been through a similar experience. It also runs social events where patients and families can meet.

Financial help is also available on a case-by-case basis – to help with travel and accommodation costs, such as patients needing to go to St Bart’s Hospital in London for specialist treatment.

It’s On The Ball provides leaflets and posters, and makes presentations at business meetings, colleges and schools.

The charity relies on donations, sponsorship, merchandise sales, an annual ball, and community fundraising for its income.

How to check yourself

Do it monthly in the bath or shower.
Gently roll and feel each testicle for lumps and bumps (most of which are harmless)
Contact your GP immediately if there is: 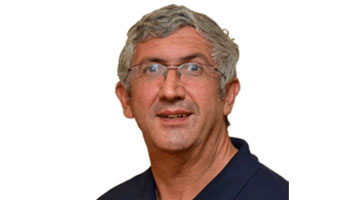 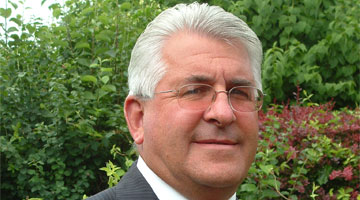